6 Facts Learned at The Schindler Museum 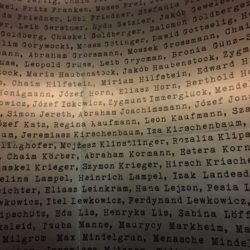 The Schindler Museum in Krakow was primarily focused on the effects of World War Two in Krakow, Poland, rather than on Oskar Schindler himself. Besides being slightly surprised at the lack of focus on Schindler, the museum was absolutely fantastic. The design of the museum was great, with every new room focusing on a different part of the war, being completely immersive. Our tour guide was also very knowledgable, and on the tour I learned much more about World War II, especially in relation to Krakow and Poland as a whole.

Unsurprisingly, when the Nazis took over Krakow they removed as much of the city’s culture as possible. To do this they closed down schools, museums, operas, essentially anything relating to Jewish culture. The Nazis even made a point to kill authors and artists in particular, as well as destroying art and burning books. Monuments in squares that were considered anti-German were also torn down. To recover some of the important monuments, the people of Krakow used alcohol impairment to their advantage – they gave the guards a significant amount of vodka and convinced them to give over pieces of monuments, some of which the Schindler Museum had on display.

Something I hadn’t thought in depth before touring the Schindler Museum was education in wartime. When the Nazis came in, schools and other education centers were shut down, so the resistance movements set up underground education centers. I hadn’t considered what would happen to children under a Nazi controlled state, but logically it makes sense that they would not be allowed to go to school for fear of continuing a ‘Jewish way of thinking.’ An interesting fact our tour guide shared was that Pope John Paul II was one of the students at these underground universities. When in Krakow he attended a school run by the Archbishop of Krakow, Adam Stefan Cardinal Sapieha.

Another interesting fact mentioned on the tour was that Krakow was almost completely untouched by the war. A large portion of this was because it was declared the capital of the new government, which meant it was of more use completely intact. So while cities like Warsaw had around 90% of the city decimated, Krakow looks how it did when built hundreds of years ago. This article does a great job of going into more detail about Krakow during World War II for those interested.

Something that took me by surprise was when our tour guide discussed Mein Kampf, the book Adolf Hitler wrote detailing his future plans for Germany. Our guide mentioned that it is illegal for a copy to be owned in Polish homes (but places like libraries or other academia can have a copy). While I had never considered buying a copy of Mein Kampf, I was shocked it was banned. I don’t have personal experience with banned books, and have never thought I would be unable to purchase a book I wanted to read. I can understand why it would be banned, considering it’s historical significance, but I also wonder where the line is between respecting those who are offended and were brutalized as a result of some of the ideas in the book, and giving people the right to read and own whatever they wish.

The ghetto size and the conditions of the ghetto were also astonishing to learn about. Before the ghetto was cleared for the Jews, approximately 3,000 people lived in the ghetto. The Jewish population moving in to the same area was much larger: approximately 17,000 people. This means that multiple families were living together in cramped quarters, at times having only one bathroom for multiple families. A section of the museum gave a very good visualization of the cramped quarters, which I thought helped me get a better idea of the truly terrible conditions Jewish citizens were forced to deal with during the war.

There is a section of the museum dedicated to Schindler, albeit a smaller one than I had expected. This part of the museum is very nicely portrayed, as it shows Schindler’s office and has a section listing the names of the people on ‘Schindler’s List,’ the list of people he had saved from a concentration camp. What was particularly interesting was that Schindler never gave an official reason for why he began saving Jewish lives. Our tour guide said that Schindler gave the reason ‘because they were my friends,’ but it’s still a mystery as to what initially inspired him to help. 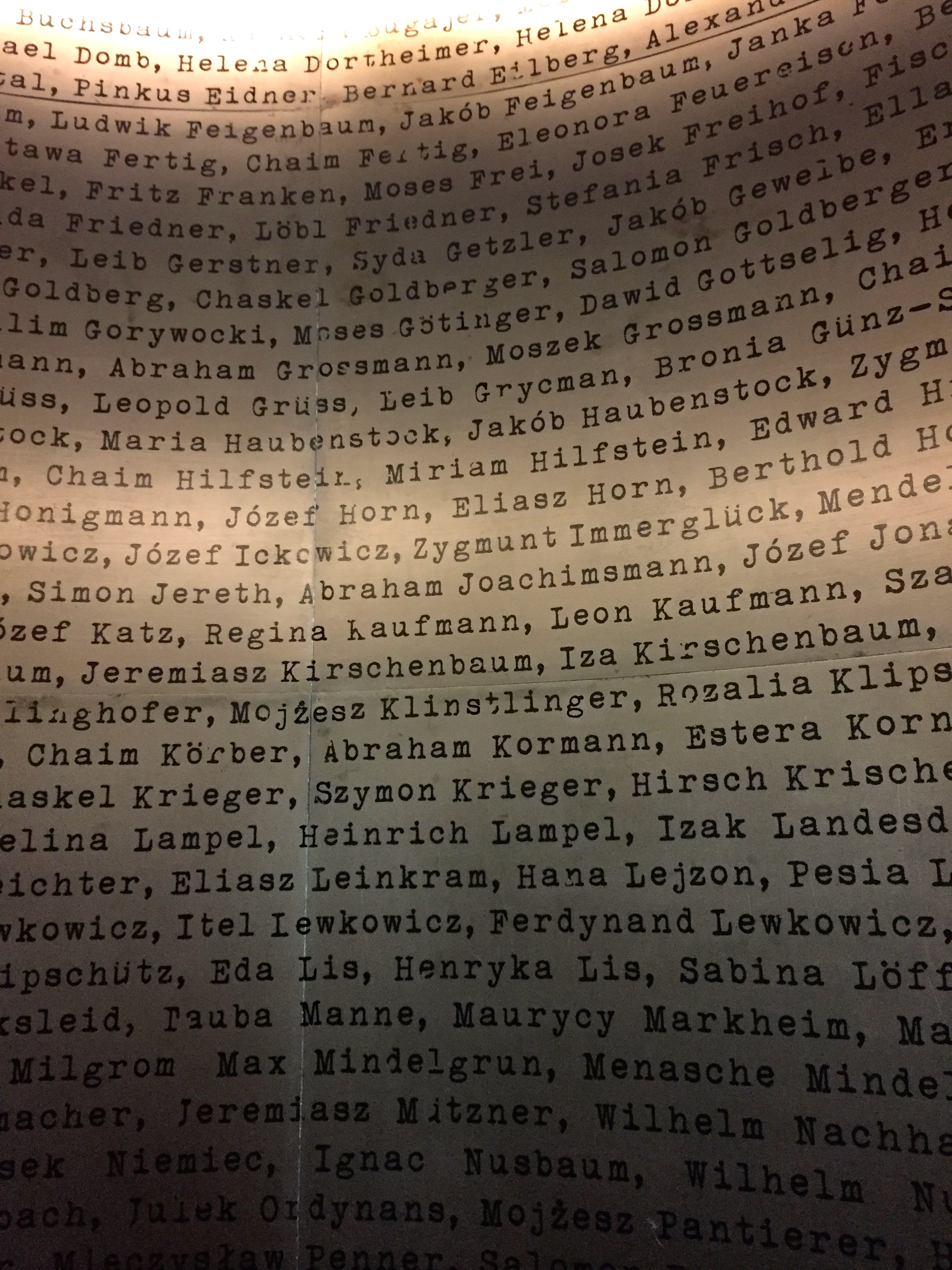 I enjoyed visiting the Schindler Museum and would recommend it to people interested in Jewish history, Polish history, or just who wanted to see where part of the Steven Spielberg movie was filmed.