The History of Polish Amber 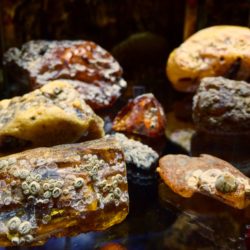 One of the engaging museums I visited in Gdansk was the Amber Museum. I thought it would be interesting to see preserved insects and animals, but left wanting to learn much more about amber. The museum covered the history of amber, its relation to Gdansk, and its importance in science. It was very informative, and sparked an interest in amber, something I never expected me caring about. Below is a look into some of the exhibits featured at the museum.

What exactly amber is has eluded people for centuries. Initially it was thought to be a stone, when it is in fact a mineraloid. Because it was so mysterious there were many stories of what amber was and where it came from. It was originally thought to either be feces of mythical beasts, wax from giant ants, fossilized spawn of unknown fish, or elephant semen.

Another story describing where amber came from is rooted in myth. Helios, the sun god, let his son Phaeton drive his carriage one day. Phaeton was unable to handle the task of driving the sun around the world, so Zeus killed him to protect the people of Earth. Phaeton’s sisters buried him after his death, and they shed tears of amber on the banks of the Eridanus River in mourning.

Scientists today believe that Baltic amber was formed most likely about 40 million years ago, and it is thought to be fossilized resin of coniferous trees. The exact species of the ‘amber tree’ however has still not been agreed on.

My favorite part of the museum was the section focused on inclusions. Inclusions are plants or animals trapped in the fossilized resin. They are very valuable scientific material (as well as collectors’ items) because they help scientists understand the ancient flora and fauna of the amber forest.

There are two types of inclusions: plants and animals.

Plant inclusions are relatively rare, and scientists have identified about 215 species of plants from amber inclusions. 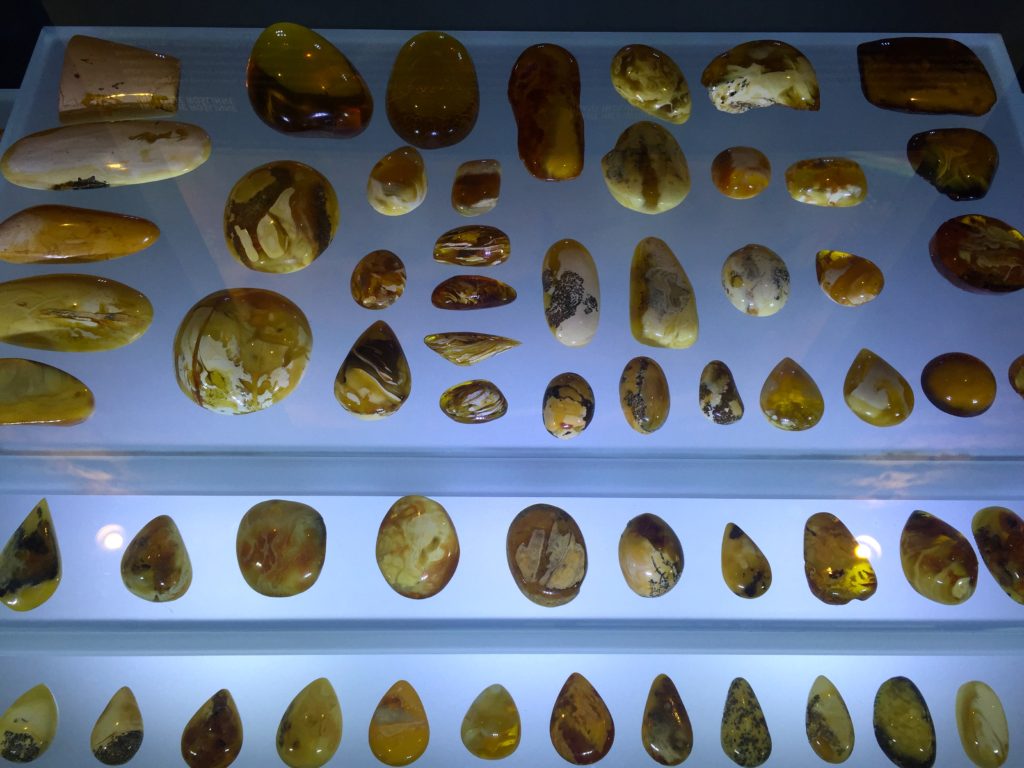 Animal inclusions are more frequent, but which animals are included differ. Incests are most commonly preserved, with the Baltic region having approximately 70.6% of inclusions flies alone. The average animal inclusion is 1 cm, with larger inclusions being extremely rare. There are few lizards that have been trapped by amber, one which the Museum of Amber has on display. Although there are some reports of inclusions with frogs and fish, the authenticity is doubted. 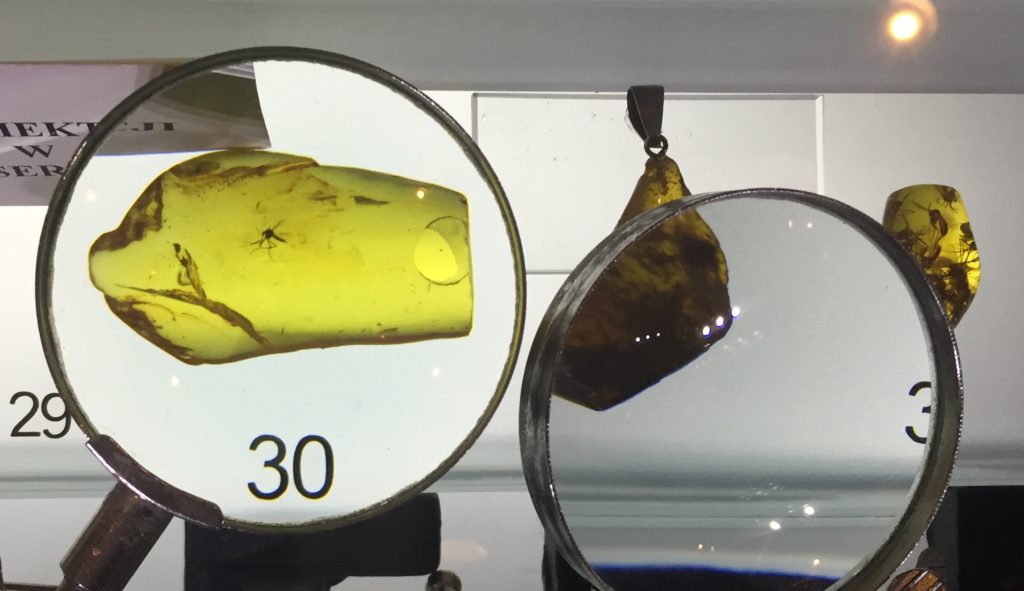 Five properties of amber that make it unique are how light it is, it being a cross section of a shell, soft, burnable, and how it can easily develop a static charge.

Amber in seawater floats, which is why it washes up so frequently on beaches. Salt-saturated water will help identify whether amber is real or an imitation.

Amber also burns with a bright flame, and produces a distinctive smell. It produces a white smoke and smells sweet while burning, the reason it has been used as incense for so many years.

Amber can also be identified by its ability to develop a charge. After being rubbed it has the ability to attract small objects, like hair or pieces of paper. It is also warm to the touch after rubbing.

Amber has been historically important for years. The earliest finds of amber artifacts date to the end of the Paleolithic period (12000-8000BC) where amber artifacts were mostly made into pendents and amulets.

Baltic region amber craft developed in early Neolithic period (5000-2000BC) with pipes or cylinder-shaped beads, and round or oval pendant.

The Early Bronze Age (1800-1300BC) saw an increased interest in amber, with period glass, bronze and amber beads being made into necklaces.

Towards the end of the last millennium BC the Celtic tribes played an important role in spreading amber. It was most likely the Celts who found the main amber route from northeastern Italy to the amber coast. These amber routes resulted in cities like Gdansk and Rome to specialize in amber ornaments and amber trade as a whole. 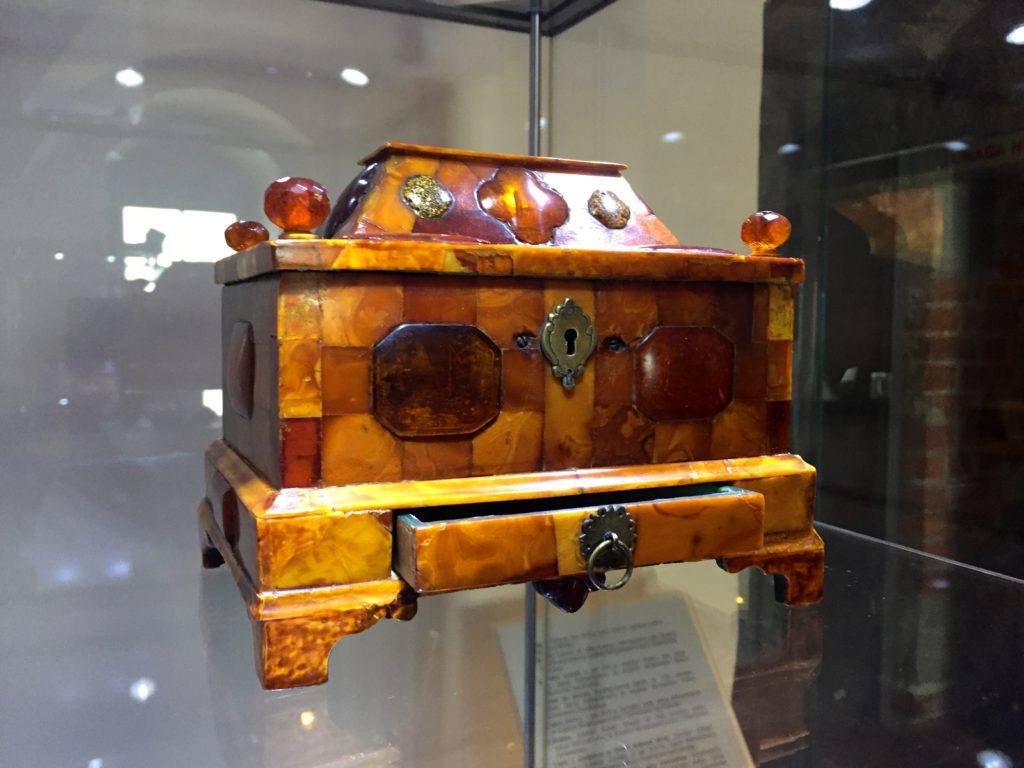 Amber has also been linked to healing for many centuries. In antiquity amber was used to treat tonsillitis, sore throat, ear and eye inflammation, as well as for headaches and to lessen fevers. It was administered as a powder blended with honey, rose oil, or mastic.

In the Middle Ages homes were fumigated with the smoke of burning amber to prevent the plague, with white amber in particular attributed as having the greatest medical properties.

In the 19th century every pharmacy sold creams, balms, and other medicines containing amber. Baltic amber in particular had health benefits, as it contains around 3-8% succinic acid, which is though to be responsible for the medical properties of amber. Succinic acid today is still used in modern medicine.

Amber was also believed to contain magical properties, with the oldest beliefs dating to the Stone Age. Scholars have linked ancient talismans to different ancient cults depending on their shape and form. For instance ancient hunters used amber talismans to ensure successful hunting, while female figurines represent fertility cults.

Amber has also been thought to ensure health and prosperity, and was made as an offering in foundation offerings before building a house to ensure safety.

In the Early Middle Ages the tradition of amber processing returned to areas where amber was found naturally. Because of this in the 8th and 9th centuries amber production centers appeared on the southern coast of the Baltic Sea, becoming the dominant craft of the area.

During the rule of the Teutonic Order (1310-1466) amber craftsmen were forbidden settlement in the Teutonic state, resulting in amber warehouse becoming heavily guarded and the act of hiding amber stones punishable under death. Teutonic craftsmen had a monopoly over the amber craft, but they weren’t able to process all of the amber the Order held, so they focused on creating rosaries.

At the turn of the 16th and 17th centuries Gdansk experienced a golden age of amber. Amber products were seen in royal courts all over Europe, with the works of Gdansk amber craftsmen among the most precious diplomatic gifts given to popes, tsars, sultans, and monarchs.

In the 18th century there were changing fashions which brought new trends in the amber craft, focused on joining amber with other materials. This technique was used in the famously lost Amber Room.

The Amber Room originated and was designed by a Gdansk amber craftsman Andreas Schluter, with the first executor was also from Gdansk, craftsman Gottfried Wolfram.

After a period of development, the mid-18th century saw a twilight of the golden age, as there were increasing difficulties obtaining raw amber supplies and changing fashions. The fashions resulted in objects merely decorated with amber, or with objects fused with amber, no longer amber on its own. In the 19th century guilds proper ceased to exist. 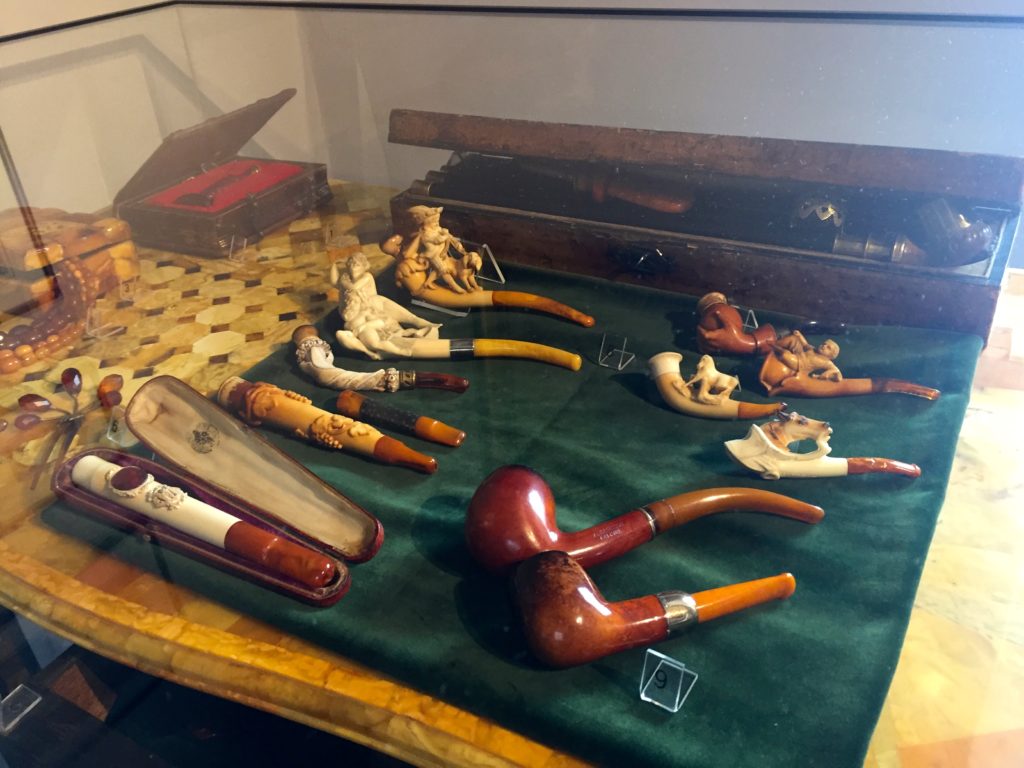 Amber in art has been important for centuries, but in modern times it has seen a renewal. In 1945 Gdansk craftsmen began from scratch, new workshops were founded, but only in the late 1960s did artists begin to show interest in quality amber craft, with businesses attracting more attention and appreciation.

Gdansk also hosts the largest amber fair in the world, Amberif, which each year has an increasingly larger number of exhibitors. This fair has taken place in Gdansk every year since 1994, and for several years the Gdansk amber craftsmen have been extremely successful in the European, Far Eastern, and American markets.

Gdansk is more frequently referred as the amber capital of the world, with 8,000 people in Gdansk and the vicinity are employed in the amber market. 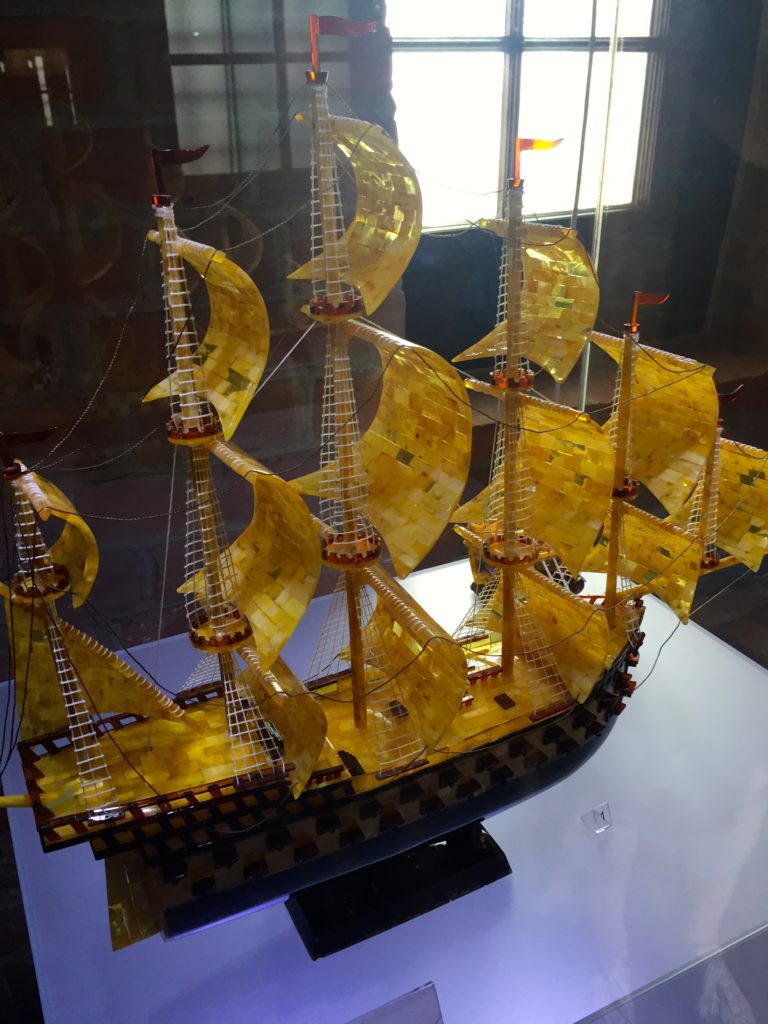