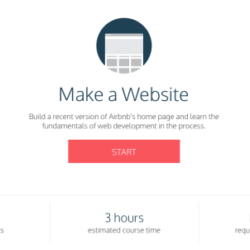 Learning is cool. Knowing things is cool. I don’t know when it became more socially acceptable to hate on education then to appreciate the fact we are able to get an education, but I don’t understand it. Call me a nerd, but learning is fun. Somewhere along the way I’m convinced learning got confused with studying, with cramming for tests that quiz you on things you don’t care about, and stressing out about whether or not you’re going to be able to get into the college you want. But there is a difference, one Natalie Portman explains in a pretty accurate quote, “I don’t love studying. I hate studying. I like learning. Learning is beautiful.”

Unfortunately not enough people get this. They get discouraged by the way teachers teach to tests, by the constant evaluations on their skills, by the monotony of school. It sucks the joy out of the beautiful thing that is understanding the world around you more.

But learning doesn’t have to be boring. Not at all! Sure you might not be interested in high school physics (I sure as hell wasn’t), but that doesn’t mean you are stuck with just school as a place to learn things. While the idea of taking time outside of school (or work) is probably an insane suggestion for some people, with the right resources it can be fun. Being the nerd I am, I have amassed a list of websites, newsletters, and videos I use to learn, and have the best (free!) ones here.

John and Hank Green are heroes for nerds. John Green, author of “The Fault in Our Stars”, and Hank Green started a YouTube channel called vlogbrothers to encourage themselves to stop talking only through text messages, and instead make video blogs that they would post to communicate with each other. vlogbrothers is pretty much an inside look into the Green brothers lives, and includes videos on pretty much everything: nerdy puns, famous last words, major news explained, rants about pennies, and giraffe love.

The Green brothers didn’t just stop with random topic videos on their YouTube channel though. They decided to make a ton of different channels for educational topics. These include, but are not limited to: SciShow, Mental Floss, The Lizzie Bennet Diaries (modern portrayal of Pride and Prejudice through YouTube videos, one of my favorites would highly recommend for any Austen fans!), The Brain Scoop, and, my personal favorite: CrashCourse.

CrashCourse makes these courses interesting because they present the material in a different way. Let’s take US history for an example. In a single video, roughly ten minutes long, John Green will discuss major events in the lesson, reference famous quotes, make fun of old policies and political figures, have a cartoon montage, fake electrocute himself if he fails to guess who wrote the ‘mystery document,’ and somehow teach you without you ever being bored. Each playlist has slightly different quirks that make it interesting, and no matter if you are watching all the videos to help you study for an upcoming test, or just watching because it’s fun, at the end of the day you are walking away with knowing just a little bit more about the world than you started with.

The news can be boring. There is so much of it, and everyone has a different take. It sometimes feels like in order to keep up you have to check your news app seventeen times in one day for fear of missing something important. Next thing you know, you become discouraged and decide that it’s not worth your time.

Enter theSkimm. theSkimm is pretty much a daily newsletter that preps you on what’s important to know. It includes everything from hard hitting news to funny tidbits you probably missed to big celebrity news. And most important, it’s funny.

The first part always includes a quote of the day. This ranges from Seth Rogan saying “We’re excited to see him finally become a man,” referencing the fact he’s throwing James Franco a bar mitzvah (yes Franco is 37), to “the pile officially melted,” a quote from Boston’s mayor about how it took all the way to July to melt all the snow in the city.

The next major part focuses on the most popular issue in today’s news. This is usually something big, something that is going to be the headline for most other news sources. In the past week this has included the shooting in a Louisiana movie theater, ISIS, and the Iran nuclear deal.

Following that is where you get a bunch of short paragraphs, the amount depending on the quantity of important news stories, ranging from the recent issues in politics, as well as celebrity news. As the 2016 election starts picking up steam, it also provides a synopsis of who is running and what they stand for, with every candidate being offered the chance to be interviewed.

TheSkimm takes maybe five to ten minutes to read each morning. It is sent right to your email around 6am, and is a perfect way to start your day, jumpstart your awareness of what’s going on in the world, and have some humor thrown in as well.

I will be the first to admit that I have no real interest in computers. I know how Excel and the rest of Microsoft Office works, and I can do the basics of the internet, but past that not only do I not know, but I have very little interest in. I have things I’m good at, and things I enjoy, and I’m fine admitting that I don’t have to be the best in everything. One of those things is coding, and internet tech past those basics.

But that still doesn’t stop me from trying to know the basics. What I’m currently working on is through Codecademy, a website that teaches eight different types of programming. I’m interested in their HTML & CSS course, pretty much because it’s the most basic of all of them and I want to be able to know the core of how websites are made, and other tech stuff that twelve year olds probably know these days.

For someone interested in computers and coding, Codecademy is amazing, and for those of us wanting to learn just the basics it’s also useful. It walks you step by step with instructions, and requires you to make the code yourself before moving on. Unlike some other websites where you just watch a video or read about someone doing it, you get hands on experience.

In today’s world, where coding and other computer skills are becoming more and more in demand, a site like this is amazing. I also like knowing that if I ever develop an interest, or for some reason need to learn some more, there is a website waiting for me to use. 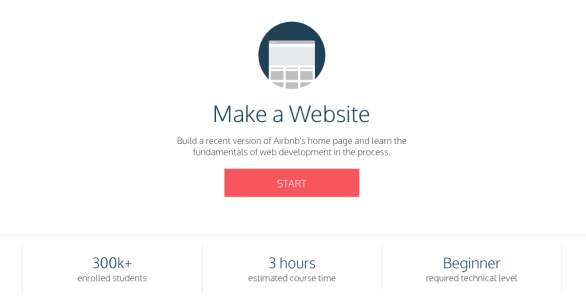 Before I went to France for summer abroad, I wanted to learn some basic French (besides what I learned in high school, as pithy as that was) so that I could communicate on a basic level. I wanted to be able to ask for directions when I was lost (which happened more frequently than I care to admit), order food, and awkwardly tell people I don’t speak French fluently, that’s why I’m standing wide eyed when they came up and started talking to me, I’m not intentionally being rude.

To learn this, I turned to my absolute favorite language learning app, Duolingo. (I prefer the app, but there is also an online website for those that prefer that method) Duolingo is a free language learning app that has courses for 20+ languages, and puts learning in the form of a game so that you have incentive to keep up on it, as it’s made more fun.

The way it works is simple. There are multiple lessons, each focused on a single topic (such as ‘basics,’ ‘animals,’ or even more interesting ones later down the line such as ‘idioms,’ and ‘flirting’) that has writing, speaking, reading, matching, and other techniques to help you learn the language of choice. Each time you complete a level you get experience points, and these experience points help add up to your daily goal, a goal you set with your coach, the app’s mascot. The lessons build up on one another, and if you keep up on it, you can seriously improve your language skills.

Online there are even more options to help you become a master in a language, such as translating real websites and making online friends to challenge. I typically stay to just the app, but with Duolingo constantly adding new features and evolving, I’m sure that there will be even more benefits in a short time.

This last one is pretty major specific, but I just spent the last few days working on getting certified and am still excited about it, so it gets to make the list!

HubSpot is pretty much the dream place to work for me right now. I’m definitely interested in marketing, but I’ve been trying to figure out what exactly in marketing I would like to focus on. I definitely have time to figure that out, but at the moment I’m leaning towards inbound marketing, which is essentially making content relevant to your business to encourage customers to search you out, instead of forcing your brand on them. This is done with things like eBooks, blogs, podcasts, etc.

Because I’m interested in all  of this, a friend mentioned that I might be interested in getting an Inbound Certification through HubSpot. It consists of watching roughly 4.5 hours of videos, and then taking a test to prove you actually paid attention/learned something. I found the videos overall interesting, some more so than others, and liked how they used example companies and had people in the industry give their perspective.

If you are interested in marketing, especially inbound marketing, I would highly suggest taking a few days to learn a bit more from the company that all but invented the concept.

Here are five different resources I like and have used to learn a bit more when I have some downtime. There are millions of different websites, blogs, apps, books, etc. that are out there in the world however, beyond these five.

What’s important isn’t that you use a specific site, or learn a specific skill, but rather that you realize how amazing it is that we have so many opportunities available, and that learning doesn’t have to be a tedious task, it instead be fun.