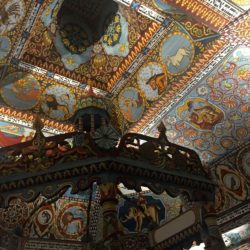 The POLIN Museum of the History of Polish Jews was one of the better museums I saw while visiting Poland. The museum, which opened in 2013, features over 1,000 years of Jewish history within Poland. While touring the museum I had a tour guide, which I would not recommend. It resulted in my time in the museum feeling rushed, and didn’t leave as much time to explore each room. The museum offers an audio guide however, which I bet would be a fantastic supplement to the museum. I felt as though touring the museum taught me much about Polish Jews, the most interesting of which are featured below.

The design of the museum is interesting. There are eight different sections, each focusing on a different part of history. The exhibits are: Forest (an introduction to the entire exhibit), First Encounters (the Middle Ages), Paradisus Iudaeorum (15th and 16th century), The Jewish Tour (17th and 18th century), Encounters with Modernity (19th century), On the Jewish Street (Second Polish Republic), Holocaust, and Postwar years. Each of the different sections has a unique feel to it which made the museum fantastic.

The museum is also intensely interactive, which I enjoyed. In each rom there are many ways to involve yourself, from touch screens detailing more specialized information, to mini-movie theaters playing period films. I firmly believe that the more interactive a museum is the easier it is to keep engaged with history, so the POLIN Museum of the History of the Polish Jews was definitely a favorite of mine.

The only change I would have made organizationally would be to add more overview descriptions for each room. There were plaques all over which were fantastic, as they highlighted documents and personal stories of Polish Jews, but having an introductory overview of each room would have made it easier to then understand how the documents, maps, and stories tied into a bigger theme.

One of the many things my dialogue to Poland has taught me is that racism towards Jewish members of society still lingers today. I had never stopped to consider why this was the case though, or where it originated from.

According to the museum, the Christian dislike for Jews was shaped by two principles. The first, that they are to live in ‘perpetual servitude’ because they rejected Jesus Christ, and the second, they have to continue to exist because they were present for the life of Jesus, but only as humiliated infidels.

The intense racism continues to astonish me, but I was happy the POLIN Museum of the History of the Polish Jews chose to include the origins of the hatred, as well as to continue to acknowledge the unfortunate reality of racism in Polish history throughout the museum.

Rise of Jews in Poland

One of the most interesting aspects of the museum to me was the rise of the Jews in Poland. On my dialogue we focus mostly on the World War II era, with some focus on the years closely before and after. While I enjoy the specialized course of study, because the topic can be fleshed out, it results in a lack of understanding about the origins of Jewish history in Poland.

In this museum two of the sections, ‘First Encounters’ and ‘Paradisus Iudaeorum,’ focused on the earlier history of Jews in Poland I was unaware of. Here I learned that Jewish citizens moved to Poland in the 13th century when they wanted a better life, as Poland had much to offer. In the 14th century there were fourteen Jewish communities in Poland, but in the early 1500s Jews were living in approximately one hundred towns.

The story I found most interesting in this section was the one focused on Saul Wahl, the man who was king for a day in 1586. He became king thanks to a law that stated if electors could not agree on who was to be king, one would be selected temporarily until a decision was made. In his time as king, Wahl passed a series of laws that significantly improved Jewish life, as well as leasing the salt mine Wieliczka, which my group toured just a few days before.

Another interesting fact I learned at the museum was the importance of the Zodiac in Jewish culture. The most I knew about the Zodiac prior to the museum was that I’m an Aquarius and while in Prague we saw a cool astrological clock. What I didn’t know was that the Zodiac signs (also known as mazalot) have appeared in illuminated manuscripts and in synagogues since antiquity, as it is linked to the 12 tribes of Israel. In fact ‘Mazal Tov’ literally means under a good constellation.

Something relevant to my course in particular seen at the museum related to the sheer number of ghettos the Germans had established. During World War II the Germans created ghettos for Jewish citizens to live in, forcing them to live in terrible conditions, decreasing their chances of survival. What I did not realize was how many ghettos there were. While I have visited ghettos in Krakow and Warsaw, these are only a small handful of the 600 established. I was shocked at the number, which seems so aggressively large, but it shouldn’t be surprising considering the treatment of Jews during World War II by the Nazis.

What I particularly liked about the museum was the personal stories featured throughout. On the walls were short snippets describing life of citizens in the time period being featured, which I enjoyed. In the Holocaust section of the museum this was particularly prominent, with many ordinary people’s experiences being described.

The story that interested me most was about Lejb Szur, a book lover. Szur over the years had accumulated a large collection of books, with a special assortment featuring Jewish life and culture. When the Nazis came Szur somehow managed to convince the Germans to let him open his three story house as a lending library, as a benefit to the Jewish community.

In 1942 however, he got notice that he needed to relocate – within a day. Knowing that he wasn’t going to be able to take all office books with him, he committed suicide, rather killing himself than parting with his most prized possessions. Stories like this are what make me love history, as they show how ordinary life can be so severely affected by external events.

Something I had wondered was why so many Jews chose to stay in Poland after the war. While I can understand it if your family had survived, or if your community had remained generally intact, that there would be an appeal to stay. But at the same time I can’t fathom how difficult it must have been to stay. In most cases families were torn apart, neighbors turned on neighbors, and cities were destroyed. I can’t imagine living somewhere with the ghosts of the past so near.

It turns out that emigration was much more difficult than I assumed. Countries had low immigration quotas, so it was not possible for many Jews to emigrate. The postwar world wasn’t opening its doors to refugees, with the United States and Palestine being two of the only countries who made efforts to let Jews into their country. It’s estimated that out of the 250,000 Jews in Poland after World War II, only 150,000 left, most of them illegally.

While tours keep pointing out that 93% of Poland is Catholic, I never realized how few people are Jewish as a result. Currently in Poland right now, there are approximately 7,000 practicing Jewish citizens. 7,000. That’s all. In Warsaw alone there are only 500. These numbers seem ridiculously small to me. To think that there was once so many Jewish citizens, and now there are so few is mind-boggling. It’s hard to imagine an entire culture being lost, but that seems to be close to the case of the Polish Jews. 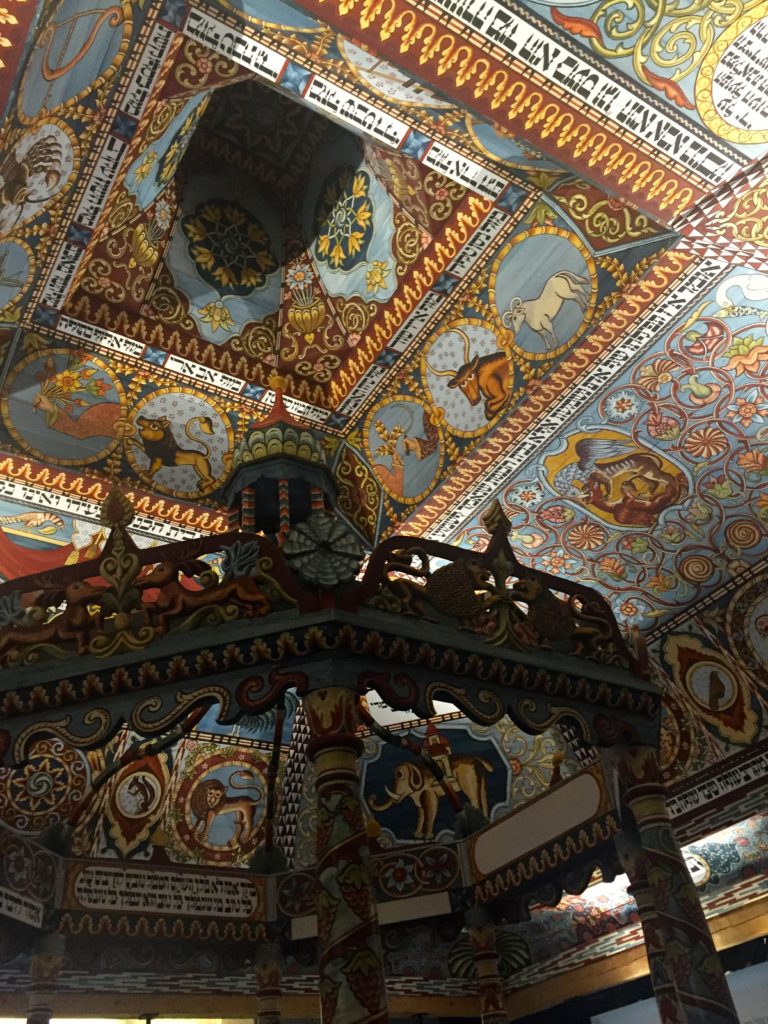 The POLIN Museum of the History of the Polish Jews was one of the better museums I visited in Warsaw, and in Poland as a whole. It gave fantastic context to Jewish history within Poland, and I would recommend a visit to anyone visiting Warsaw.