The Warsaw Uprising Museum and the Case for Immersive History 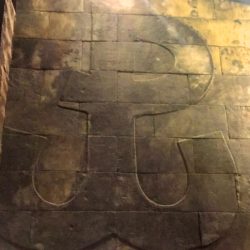 The Warsaw Uprising Museum, which opened in 2004, is an example of a fantastically designed museum. When entering the room you are not looking at a typical museum showing pictures and featuring exhibits with just information about the Warsaw Uprising. You are instead walking into a room that makes you feel as though you’re stepping into history itself. The Warsaw Uprising Museum’s first room is designed as a street in 1940s Warsaw, complete with a cobblestone floor, walls littered with anti-Nazi graffiti, and a soundtrack featuring a heartbeat that occasionally switches to planes dropping bombs overhead.

The museum went above and beyond, completely immersing you in the museum with little details: a wall littered with bullet holes where whispers of people presumedly hiding can be heard, drawers you can pull out to read about the lives of individual soldiers in the uprising, a short 3D movie recreating what Warsaw would have looked like after its destruction, and a small replica of the sewage system tunnels resistance fighters maneuvered through you are able to crawl through.

Creating an interactive museum is one of the best ways to get people interested in history. I firmly believe that the more immersed someone is in history, the more he or she begins to care about it. That’s why museums like the Warsaw Uprising Museum are fantastic. By creating an atmosphere where someone feels as though he or she is part of history, he or she can better relate to it. While learning about the Warsaw Uprising might be interesting for some people, for others facts alone aren’t enough to spark an interest. But by introducing multimedia and interactive exhibits, everything changes. Instead of being a passive listener, you become an active participant.

Museums like the Warsaw Uprising Museum, as well as ones like the POLIN History of the Polish Jews, Schindler’s Factor, and the National World War II Museum get me excited about history, and about the prospects of others loving history. They help me identify what is fantastic about history: bringing a story to life. What I love about history is the fact that there are so many amazing stories of people, places, and events that we are able to learn more about for the sole purpose of enriching our own lives by learning from the past. Being able to visit a museum that helps these stories become visualized is incredible. It’s fun, it’s exciting, and it makes me excited about the future of museums and public history as a whole. 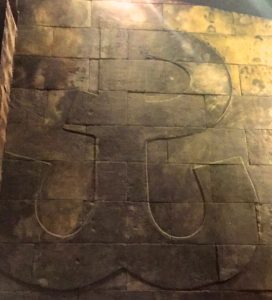