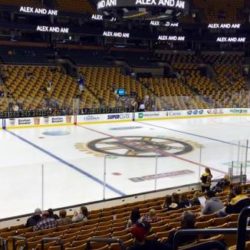 Now that spring is only days away I’m starting to get more and more excited about all the Boston activities I will be able to do thanks to the warmer weather. I feel as though I’ve been hiding out in my room as of late, heading to work and hibernating as soon as I get home. Fortunately I have managed to pull myself out of my room every so often to have some fun and experience the beauty of Boston during the colder seasons. So like last year where I highlighted the coolest events of my first and second semester of college, here are my top ten favorite fall and winter activities of 2015-2016.

Soaking in the Black and Gold

Between attending a school where the main sport is hockey and having a roommate that is a die-hard Rangers fan, I surprised even myself by making it through freshman year without watching a single hockey game. Thankfully my roommate changed that for me by accompanying me to a Rangers vs. Bruins game. Although I am still not the biggest hockey fan, the game I saw was so fun, in part because it was so action packed. The Rangers were up by one, but within the last minute the Bruins scored to tie resulting in a tense shootout, and I saw two hockey players get into a fight in the middle of the game. The Bruins ended up winning to my roommate’s despair, but it was exciting to finally be able to say I’ve seen a game, and such a good one at that! 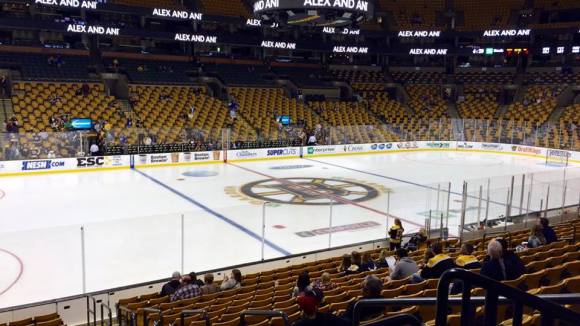 Earlier this year I went to my first conference, HubSpot’s INBOUND. I’m very interested in inbound marketing and Hubspot as a whole, so I figured I was going to have a good time – what I didn’t know was how amazed and awe-struck I would be, as INBOUND blew away all of my expectations. INBOUND was absolutely fantastic. I was able to attend talks focused on how to tell a more compelling story, how to harness your vulnerability for success, and how to grow as a marketer, among others. While the talks alone were interesting, INBOUND also provided stellar entertainment. I was able to see Amy Schumer and Aziz Ansari perform, and was also able to attend a meet and greet with Marc Maron. I am 100% going back next year, and it was a phenomenal start to the school year. 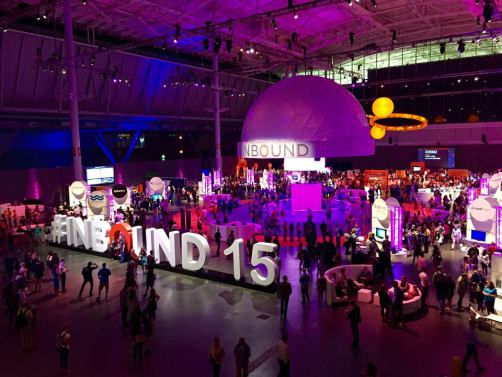 One of my favorite things to do in Boston is see the ballet. Ever since last year when my roommate and I decided to rush Swan Lake, I have loved seeing the Boston Ballet perform. This season I have only been able to see one show thus far, but I look forward to attending more now that the season is starting to pick up. Late October my boyfriend and I saw ‘Third Symphony of Gustav Mahler,’ and while it was very good, it was very different than the type of ballets I had seen previously. While Swan Lake and Lady of the Camellias were stories, Third Symphony felt as though it were a series of dances with a more abstract theme rather than a single story following characters. It was a fantastic show, and gave me a different style of ballet to appreciate, although I think I prefer the ballets with storylines. 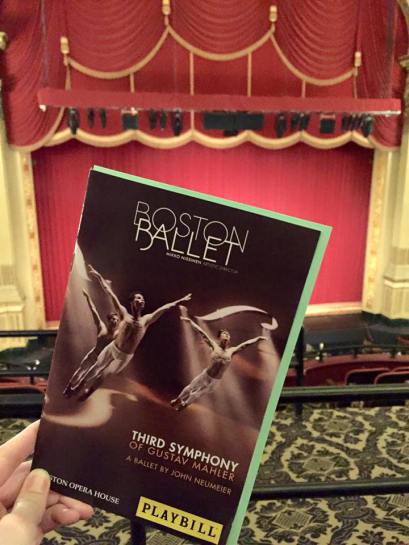 Halloween night my friends and I decided to do a ghost tour of Boston around Beacon Hill. While we didn’t dress up (although the previous night by roommates and I went to the MFA dressed up as art!) it was one of the best Halloweens I’d ever had. Our guide took us around Beacon Hill, an area of Boston I definitely need to explore more. It was absolutely beautiful, the houses seemingly from a storybook. And while the tour itself was fun, and at times a little spooky, what I enjoyed most was walking around and seeing how into Halloween people were. Houses were decorated to extremes, what seemed like millions of children were running around collecting candy, and one home even set up a haunted house for people to explore. Although I myself didn’t collect candy, walking around and seeing little kids in crazy costumes having the time of their lives made the night one of the best Halloween nights I’ve experienced. 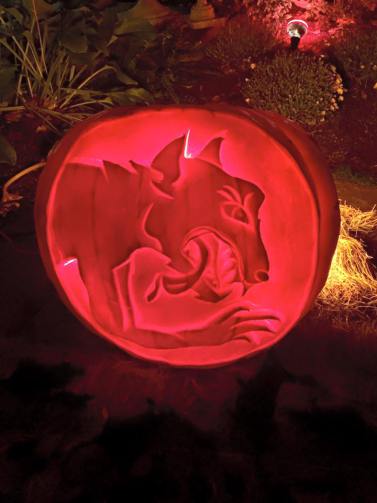 When my friend Kelsey suggested we attend a craft show I had no idea what I was walking into. I figured there would be maybe thirty booths set up and we would see some crafts people had made themselves, maybe find a gift or two for a family member. What I found instead was amazing: a giant room filled with thousands of booths, the largest trade show I had ever attended. Not only that, but the entire back section was dedicated to a gingerbread house contest, where the best of the best were displayed. Beyond a doubt I was completely unprepared for what I experienced, but absolutely overjoyed. I am convinced I will attend year after year, as it is a way to not only jump start the holiday spirit, but to start getting gifts in an attempt avoid the last minute rush! 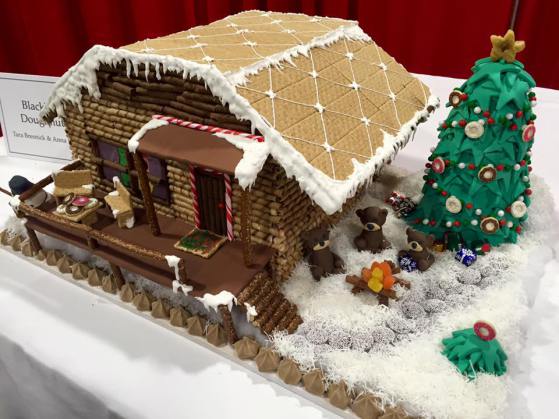 Catch Me If You Can

One thing I love about Northeastern is our arts program. Whether it is our acapella groups or our stage program, Northeastern knows how to put on a good show. One of the best Northeastern shows I’ve seen in the past few months was “Catch Me If You Can,” based off of the life of Frank Abagnale (Leonardo DiCaprio played him in the movie for reference). One of my friends Scott Bottner was absolutely fantastic playing FBI Agent Carl Hanratty (Tom Hanks’ character), and as a whole it was one of the best shows I had seen in quite some time. To read about past shows and see what’s upcoming, check out the NU Stage OrgSync page. 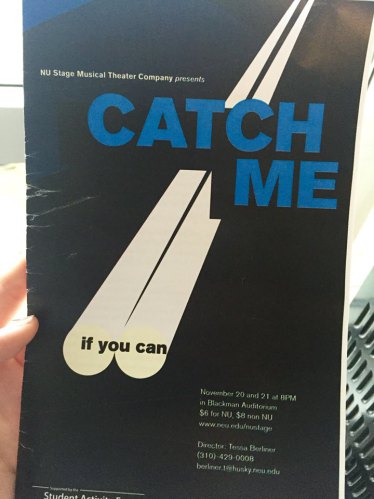 My knowledge of pageants derives fully from movies like Miss Congeniality and the occasional Miss America mishaps YouTube video. But when my friend Emily Wimsatt was competing for Miss Massachusetts and asked if I wanted to attend the competition I was excited to see one in action. It turns out a pageant is pretty much what you expect: lots of cheering, a bunch of really pretty girl in beautiful ball gowns, and hosts making corny jokes that aren’t half as funny as they think they are. It was fun to go so I could cheer insanely loud for Emily every time she was on stage, and while it is highly unlikely I would ever go to a pageant a friend was not in, attending one was definitely a fun and unusual experience. 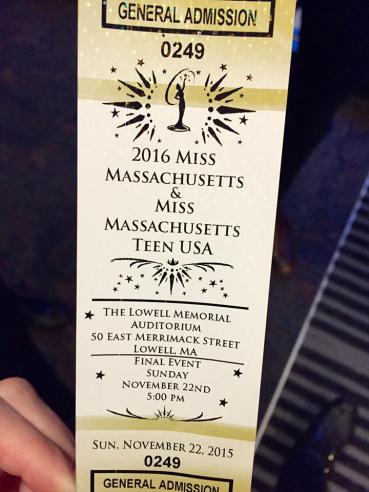 One of the things I miss about home is how frequently I would go to the movies. It might have been because I was in a suburb and there wasn’t much else to do, but when I went out with friends it seemed as though we always went to the movies, Friendly’s, and Target. Because of this I have developed a love for going to the movie theater, sitting back and immersing myself completely in a story. The coolest movie experience to me is seeing a movie opening night, being surrounded by people just as excited to see it as you. When Deadpool came out, I, being a Marvel nerd, was absolutely able to go see it the day it premiered. Although it wasn’t the best Marvel movie (Guardians of the Galaxy still ranks as my favorite) it was very funny, and reminded me why I loved a night out at the movies.

I want to make sure I continually try new things throughout my life. Because of this, when I was walking to dinner one day and saw an ad for a Czech opera, I realized that while  I never had a strong desire to attend an opera, it seemed just as good of a time as any to try one out. I can say now that I am very pleased I did, as it was very interesting. I do not speak Czech (although I am going to be studying in Prague for a bit over the summer!) and having the entire opera in a language I didn’t understand at first threw me. My boyfriend and I were sitting in the second row, so the English translations were hard to see at times, which resulted in me spending most of the first act trying to figure out what was going on without the translations (and failing miserably). While I definitely enjoyed myself, I think I would be more interested in seeing a ballet or a musical over another opera as a whole, although I wouldn’t turn down an opportunity to see another opera, provided I sat far enough back to read the translations (which truly made a difference!). 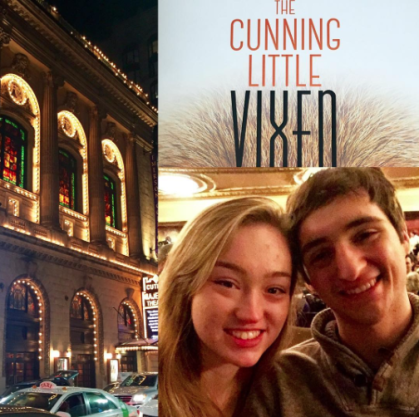 For parent’s day weekend my family and I embarked on an official tour of Fenway Park. Although I had attended their Open House last year with some friends from Northeastern University’s Marketing Association, this time I was able to have a guide which added to the experience. Walking all throughout the park with my family on such a nice day was not only fun and relaxing, but also informative. I learned so much more about the park that I never knew before, and was able to see places like the pressroom and the locker room that I never imagined being so interesting. For baseball lovers and those just interested in a nice afternoon learning about a historic Boston landmark, I would definitely recommend exploring one of the most famous baseball parks in the country. 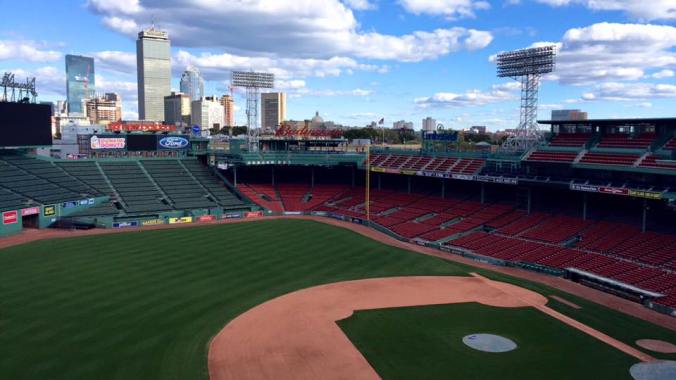 I’ve been lucky to have such an amazing time in Boston these past few weeks, with an amazing group of friends. And with spring and warmer weather coming soon, I’m even more excited for the excursions to come!