The Best Parts of Studying Abroad in Lyon 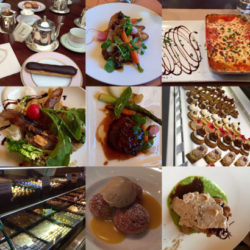 My time abroad is officially done. Ironically I’m realizing this just as my brother is about to embark on his own international adventure (traveling and performing with American Music Abroad), but regardless I’m now able to sit back and really reflect on my time in France. While I’m not usually the type to mull over the past, I feel as though my time overseas really changed me, and made me grow as a person. Northeastern gave me a wonderful opportunity, and I will miss my time there, along with a few other fantastic things.

The Metro That Put the T to Shame

Lyon’s metro comes every three minutes. I once waited for the E line at Copley for a full 35 minutes. In Lyon, I never had to worry about allocating enough time in the morning to class, or whether or not the metro was going to be late. Without fail, it came. Every. Three. Minutes. Even later in the evening, when it’s much less crowded, the metro still didn’t fail me. It would come roughly every seven to ten minutes, making sure I wasn’t stuck at the train station for too long. Not only punctual, it was also automated so it would arrive right in front of a predetermined square, making standing and waiting a breeze, as you could just stand around the square as to not block the people exiting the metro car. Having to go back to waiting who even knows how long for the T to come is going to be a hard adjustment.

Food in Every Form

I was never an adventurous eater. Going into this program I had never truly explored with food, nor did I want to. I am so thankful France changed this about me. I feel so bad looking back, I don’t know how I didn’t even want to try all of the magnificent dishes out there. I tried some things I would have never even imagined walking into this trip: escargot and pig’s snout for example. But even in the more ‘normal’ dishes, I tried them in places that specialized at them. Italian food tastes so much better in Italy, and the fish in Barcelona is exquisite. Even better is that Lyon is the gastronomy capital of the world, which makes every restaurant amazing. My favorite dish was probably the Salade Lyonnais, which is potentially the best salad I have ever eaten in my entire life. While I doubt I would go back to Lyon when there is so much of the world left unexplored, I wouldn’t mind stopping for just one of the many fantastic meals I had. 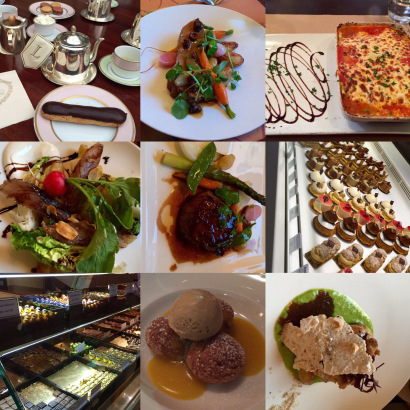 Something else amazing is that the food is so cheap. One night for dinner I had a large salad, veal, and a dessert for only 18 euro. I’m not sure if I ever spent more than 30 euro on food, which is astonishing considering the quality of food I received. Without a doubt the most intricately made (and displayed!) meals I have ever tasted in my life were never too expensive, especially considering the quality of food I received.

While dinner was routinely amazing, so was breakfast and lunch. I had a pattern with breakfast, and it was one of two options. The first, I bought a baguette the night before and split it with my friend Shannon, who would in turn supply the Nutella for us to coat on it. The second, I would buy a pain au chocolat, essentially a doughy, chocolatey, delicious pastry of wonder, for a euro, sometimes less, and eat it on the metro. Either option was delicious. And lunch was made fun too. My friends and I started off buying lunch during our hour break at the bakery across the street, but about a week in we ended up at Delice Croq Caffe, a cafe down the road from school. I ended up getting pretty much the same thing every day, a Mexican chicken sandwich, but what made me want to return was not the food as much as it was the cashier and waiters, as they joked around with us and laughed at our attempts at French as they attempted English in return. No matter where I was in France (and all of Europe really) food was a wonderful way to become immersed within the culture.

I have never traveled quite like I did on study abroad. When I had gone somewhere it was usually with my parents, and usually well planned out in advance. We would stay for a week at one location, seeing all the main attractions at a leisurely pace over the course of the days. While this is a perfectly fine way to travel, I took a more rigorous approach. I would go to a place for two days (sometimes more if I were lucky) and pack in everything I possibly could, taking no breaks, so that I could see everything there was to see. And the places I went to were absolutely amazing: Barcelona with it’s beaches and Sagrada Familia, Rome and it’s ruins (and food!), Paris where I got to meet up with friends I’d missed, Annecy, my new favorite place in the world, and the snow covered mountains of Chamonix. I was so lucky to have been able to see all these extraordinary places, especially when planning would at times begin in the week leading up to the trip! 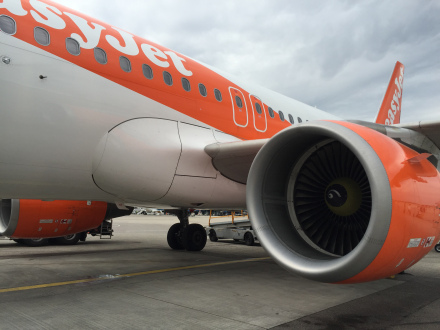 On this trip I felt as though I learned a lot about myself, and changed for the better. One of the things that I really learned was that you can’t stress over things you can’t control. I had always been one of those people that worries, and worries a lot. Even if it was out of my control. Especially if it was out of my control. I don’t know exactly when, but that changed on this trip. It might have been due to the transportation problems I faced nearly every trip, but by the time Chamonix came around, and the bus didn’t come, leaving us potentially stuck there overnight when we had finals week starting the next morning, I wasn’t stressed. It sounds completely crazy to me even now, but in that moment I wasn’t freaking out over whether or not we would make it, because I knew that getting to the train station, and all of the crazy events that led up to us actually getting back, were completely out of my control. So I just enjoyed the absurdity of the situation, and did everything in my power to get where I needed to be. But when it came to things I couldn’t do anything about, I just let it be and relaxed, something I am grateful I learned.

Probably the best thing I gained from this trip was the personal growth, especially when it comes to independence. I gained so much more confidence on this trip, and it’s all from having to be by myself. Starting at the basics, food in Lyon. If I didn’t buy food, I didn’t have something to eat for dinner. This wasn’t home, where my parents constantly have food in the fridge, or school, where the dining hall is pretty much always open. When I am living on my own, it’s different. I couldn’t even buy food the very same day 100% of the time either, as pretty much everything is closed on Sundays (including grocery stores). All of a sudden I had to plan ahead what I wanted to eat, forcing me to grow up  bit more when it comes to taking care of myself.

Something else that truly stood out to me was when I would travel to foreign countries and beautiful locations. I remember one of the first nights in Barcelona, I turned to my friends traveling with me and mentioned to them that this was the first time that we were truly without an adult. One of them responded saying how we didn’t have adults with us in Lyon, but I pointed out how if something went wrong in Lyon our study abroad coordinator, and any of our professors, would help us out within minutes. In Spain, if something went wrong, we couldn’t turn and look for the nearest adult. In the moment, we WERE the adults. And as crazy as that seemed at the time, now I feel as though it’s not a big deal, because now I know I am responsible enough to travel to places where I’m solely dependent on myself, and that if something goes wrong I will be able to figure out myself, because I’ve learned that I can.

Something else that seems so obvious I almost forgot to include it, was that I’m going to miss the friends I made during Lyon. I knew some people before, but on this trip I not only made new friends, I completely enhanced my relationship with others. I realized that being in a different country really makes you closer to your friends. Most of my friends didn’t speak the language, so we bonded together in our cluelessness. We were all figuring out how to adapt, but we did it together, whether it be by exploring Lyon until the wee hours of the morning, or by all cooking together (although only my friend Remmi ever made something other than pasta…). When weekend trips came around too, the friends I traveled with and I became closer, because nothing cements a friendship like missing transportation, trying to order food when you have no idea what anything on the menu is, or sharing a tiny AirBNB for the night. I’m excited to see all of my friends back in Boston, but I know that nothing can compete with the adventures we had abroad. 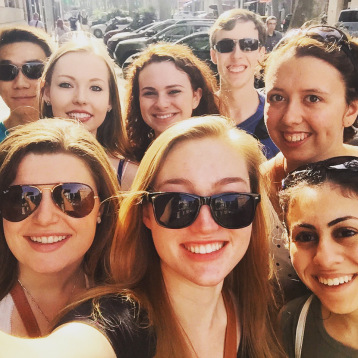 Studying abroad helped me in so many ways, from developing my confidence in myself, to being able to explore the world, and trying amazing food along the way. I definitely want to do another study abroad, maybe one of Northeastern’s amazing dialogues, because being in Lyon made me that much more excited to see the world. Although I’m glad I’m back because I am able to see my family and start working, I will definitely continue to miss my time exploring not only the world but myself.