Media to Consume Before Visiting Poland 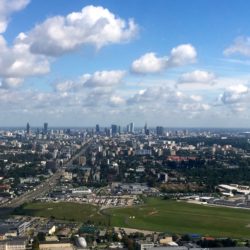 Every country has its own culture, a culture that defines it. This culture is seen in many different ways: in the people, in the history, in the food, and even in the media. Poland is no different. Below are some movies, books, and composers to watch, read, and listen to prior to a visit to Poland to get a greater understanding about Poland and its unique culture.

Oskar Schindler was made famous by Steven Spielberg’s Oscar-winning movie Schindler’s List. The movie tells the story of Oskar Schindler, an ethnic German who saved the lives of approximately 1,200 Polish-Jews during World War II.  The film is set in Krakow, a city in southern Poland, and shows Jewish life under Nazi control. Schindler’s List gives an insight into the horrors of Nazi occupation, with focus especially on the ghettos Jewish citizens were forced to live in. Schindler’s List is a fantastic movie, and a must see before coming to Poland, especially if visiting Krakow. Read about my trip to the Schindler Museum here.

The Pianist is the story of Władysław Szpilman, based off his memoir of the same name. The Pianist shows Szpilman’s struggles throughout World War II, including his time spent in the Warsaw Ghetto, watching both the Warsaw Ghetto Uprising and the Warsaw Uprising, and his relationship with Wilhelm Hosenfeld, a German officer who protects Szpilman. The Pianist is a wonderful Oscar-winning movie, showcasing many historically important events in of the war, especially those that occurred in Warsaw.

Aftermath is one of the only movies in my life that have ever made me feel so many conflicting emotions at once. One of the best movies I have ever seen, Aftermath is the story of two brothers who uncover a family secret and have to deal with how this new knowledge changes their perception of their father, neighbors, and, to a larger extent, their country’s history as a whole. This movie is one of the most controversial in Poland, banned in some towns, thanks to its portrayal of Polish citizens during World War II. The controversy almost enhances the movie in my eyes, as it helps develop certain points made in the movie. This movie is fantastic, and helps dive into the double memory seen throughout Poland.

The Spy Who Loved (Book)

For my study abroad to Poland, each student was required to pick a topic to write a report on. My topic was Christine Granville, a Polish spy for the British Special Operations Executive. Stories about Christine are absolutely fantastic.  She was absolutely brilliant, driven in all that she did, and able to save not only herself from dangerous situations, but those she cared about as well. I read two books for my paper, Christine: SOE Agent & Churchill’s Favourite Spy and The Spy Who Loved: The Secrets and Lives of Christine Granville. While I enjoyed both of the books, I would recommend The Spy Who Loved because it focuses less on the men in Christine’s life, and more on the missions and adventures she took part in during World War II.

Frédéric Chopin is adored in Poland. A child prodigy born and raised in Warsaw, Chopin became a leading pianist and composer of the Romantic Era, becoming world renowned. Although Chopin left Warsaw at the age of 20 (weeks before the Warsaw Uprising) he is honored tremendously through Poland, most specifically in city of Warsaw. One of my favorite museums in Warsaw, the Chopin Museum, is dedicated to Chopin’s life and work, and listening to his music is a great way to tap into Poland’s culture.