I am happy to announce that I have officially accepted my first co-op! This January I will start working for Rapid7, a cybersecurity firm located in Boston, as an SEO Specialist/Inbound Marketing Intern. I am very excited, not only because the role sounds absolutely amazing, as I will be able to learn more about search engine optimization and inbound marketing, but I will also have an introduction to the tech industry, which I am interested in learning about.

The process of finding a co-op was incredibly stressful and nerve-wracking. This was my first time trying to find a job that required a lot of prep work and interviews so I was nervous, but I luckily had the opportunity to learn a lot throughout the process. From interviewing tips to figuring out what I even wanted to apply for, I am hopeful that the skills I learned this cycle will help me the next time I search for a future job.

The most important part of my job search was researching the company before I even considered interviewing for the position. I am interested in inbound marketing, so a big proponent for me when job searching was seeing how the company marketed themselves, and what their marketing efforts were, such as their blogs, infographics, etc. This helped me get a feel for what the current strategy was, and I could then talk about what I would be working on having a more in-depth knowledge base.

Researching for the interview was also helpful because I was then able to ask questions specific to the company’s initiatives. It is important when interviewing that I know who the CEO is, the newest developments within the company, and any big events that have been in recent news. I also find researching the people who are going to be interviewing me helpful, not only so I can begin to develop a personal connection, but also because reading a little bit about the interviewers (who might be a future coworker or boss!) makes me feel more comfortable in the interview, as I have a face to put to the name and know some basics to reference if necessary.

Something else I found beneficial was reaching out to older students who have worked with the companies I was interviewing with or interested in applying to. Early in my search I sat down with a past co-op who had spoken at Northeastern University’s Marketing Association’s (NUMA’s) Beyond Boston co-op speaker series, not only to get to know more about the co-ops she had been on, but to also talk about what she found helpful in her search. I aspire to follow a career path similar to her, and she was more than happy to sit down and give someone who was genuinely interested advice.

Asking older students with more experience is also helpful. Through NUMA I have had the opportunity to befriend older students with fantastic experience and advice. A requirement for one of my classes was having a mock interview, which was helpful, but in addition one of my friends from NUMA sat down with a friend and I and helped the two of us with some interview questions, and gave us advice he had acquired throughout his co-op search. Even just asking a trusted older friend in passing if they have any advice is extremely helpful, as everyone has different experiences that help shape their suggestions.

Reaching out to people for advice shouldn’t just be when searching for a job however. I am very interested in HubSpot, a company that specializes in inbound marketing, and I realized that Northeastern had a co-op there that was doing a job I was interested in. I decided to reach out to her and she kindly invited me down for a tour at HubSpot’s offices, where I not only got to hear about the job, her experience with Northeastern, and general suggestions for success, but I was also able to meet the CEO of HubSpot, Brian Halligan! Although I feel a little uncomfortable reaching out to strangers, I have found people are more than willing to talk about their experiences, and there is an opportunity to learn from and meet amazing individuals. 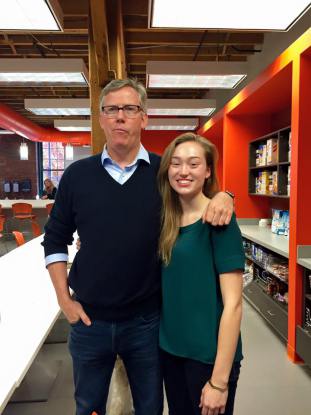 The top interview tip I learned was to ask all of the (relevant!) questions I had. At first I felt as though I was being annoying, but the more I interviewed the more I realized that the co-op employers weren’t the only one with choices – I needed to figure out what was a best fit for me, and to figure that out I needed to learn as much as I could in my interviews.

Asking questions also brings back how important research can be. For starters, researching the company means you won’t ask questions easily searchable. It is a sign of respect to the interviewer to have a working knowledge of the company, so that any questions you ask don’t waste their time. Having a solid base of what the company is involved with also means that you are able to ask more intelligent questions, and reference what developments and projects are currently happening. For instance, Rapid7 had recently acquired a company for $68 million, so during my interview I was able to ask questions about the effects the acquisition would have on the company, marketing, and my potential future position.

It is necessary when interviewing to be clear about what you want. While the initial reaction might be to say you are excited about every aspect of the job in order to appear like the perfect candidate for the position, it is more important to be honest about what interests you. If you were to get the job saying you liked one aspect of the job when in reality it would make you miserable, you are hurting not only yourself because you will hate what you are doing, but also the company because they are going to have an employee that is not passionate about their work.

During my co-op search I had to be clear when explaining to a company what I was interested in, which caused some stress. I had applied for a position in marketing, but received an interview with the sales team, a position I was not interested in. I emailed the recruiter and he said I could come in to interview with marketing instead. When I got there however, I was told that I would only be interviewing with the sales department. During my interview I was asked why I liked sales, and while a part of me wanted to give some answer so I would seem like a better fit, as I was nervous about getting a co-op, I realized that I would only be wasting everyone’s time if I wasn’t honest about what I wanted to do. I was thankfully able to interview with the marketing team eventually, something I would have never been able to had I not stayed firm to myself and my interests.

This cycle I was able to interview with a company for a reach job. The current co-op is a fifth year, but I really loved the role as it was described. I was asked to interview via phone, and I put my all into my interview. Towards the end of the conversation I wasn’t convinced I had sold my interviewer enough to convince her I deserved the job however. I wanted to be able to show her that I was really interested in the job so I pulled a page out of Kate White’s book (it’s the hot tamale that gets the job, not the girl as cool as a cucumber) and asked what I could do to show her I could be right for the job towards the end of our conversation .

She said she was impressed with my question and later emailed me asking if I could interview again with her again, this time in person, and if I could also write a blog post as though I were writing for the company’s website. Although later I realized the company wasn’t the best fit for me in terms of what I was looking for, I was pleased that I was given another chance to prove my worth, and I was proud I had asked for it. If you want a job, and are passionate for the work, it doesn’t hurt to let the interviewer know that you are interested, because the ideal worker is a passionate worker. 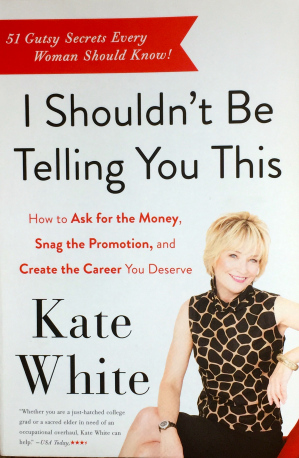 A big part of the job hunt is figuring out after you interview what is most important to you, and applying that to your job options. A job you thought would be only moderately interesting could become your top choice once you have the opportunity to meet the people and tour the office. Likewise is the fact that jobs that you thought would be your top choice just don’t have the same appeal they once had when you learn more about the company, or see alternative options.

Realizing what matters to you in the job is also important. I never realized how important the commute would be to me, as some of the jobs I interviewed for in Burlington would mean I would have to pay to have my car on campus and have a longer commute, which means I would potentially be late to club meetings on campus (such as NUMA and EMC, which I am very involved with). Other things, such as the company culture, and the people you would be working with can also have a major impact on a decision and have to be considered.

When searching for co-op I initially set a weekend aside, went through MyNEUCool, and figured out what jobs I was interested in. I had my list, researched the companies, and ranked my potential jobs. In my mind I had a set list of companies I was interested in, and I was done. Thankfully my advisor suggested I look into a few more jobs after my meeting with her, and I later went through the system again to see what new jobs were available.

It is important to consistently look at the new options available, because jobs are constantly being posted. Rapid7 was in my second round of co-ops I wanted to look at, and if I didn’t keep updated on the system I would have missed out on a fantastic opportunity. Although it seems time consuming, especially when you are already in the interview stage with other companies, it is worth it to continue looking, because you never know which companies and jobs you might miss out on otherwise.

Once you have finally accepted a job it is important to finally take a deep breath. It might be tempting to second guess what seems like such a major decision, but at the end of the day it is important to remember that any decision is truly a good decision. Northeastern provides the opportunity to go out and get six months work experience, something many other students aren’t able to experience. Once you have committed it’s important to take a deep breath and remember that there was a good reason why you liked the company in the first place, why you accepted the position, and just be happy and celebrate (I went for fondue at Max Brenner!) that you have a job. 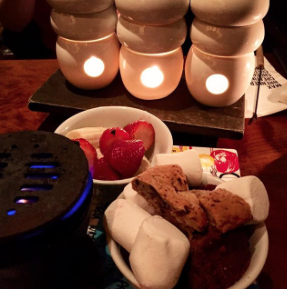