Top 7 Places I Want To Travel 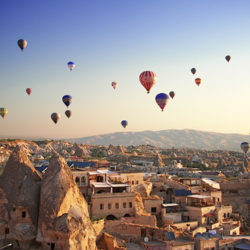 July seems so far away. Nine months in advance is seemingly impossible to plan for – before then I have an entire semester of classes, a co-op to find and complete, and a winter that I’m definitely not prepared for.  But some things do need to be looked at many months in advance, and summer abroad is one of them.

Northeastern has officially released their new website for the Global Experience Office, a website which shows all of the international opportunities for Northeastern students. I will be on co-op for this upcoming spring and summer one session, but with summer two free I will potentially be able to participate in a dialogue, a four week program that teaches two classes through experience based learning.

I absolutely love traveling. I was fortunate enough to participate in a summer abroad through Northeastern this past summer where I was able to travel to Lyon, Annecy, Chamonix and Paris in France, as well as Barcelona, Spain and Rome, Italy. The experience was completely life changing, as I not only had the opportunity to experience living abroad for a short period of time, but I also developed communication skills and the ability to adapt in an unfamiliar environment.

Looking into all the dialogues makes me want to travel all over the world, so in an effort to combat the wanderlust I have compiled a list of the places I most want to visit, and will continue to have difficulty deciding on a summer dialogue!

I can’t remember when I decided that if I could travel to any country it would be Belgium. I also don’t recall what exactly about Belgium made me so excited to visit. I have a distant memory of reading a book set in Belgium, and falling completely in love with the country based on the detailed descriptions.

My number one stop would definitely be Brussels, as it seems to be the most popular destination within the country. I find that I enjoy the smaller towns with more culture and an old time feel, like York, or Annecy, and Brussels seems to fit right in. I would explore other areas of Belgium too, such as Bruges, a city that has a historic center listed as a UNESCO World Heritage Site, and Bastogne, a city prominent in American history as it is a town close to where the Battle of Bulge was fought, and the city has memorials for the fallen soldiers surrounding the city. Overall Belgium has sparked my imagination, and I would love to have the ability to travel to such a beautiful country some day. 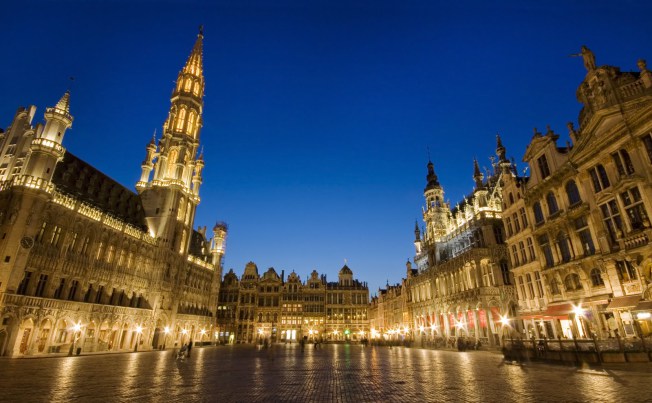 From Above and Below

Once on my flight back home from Boston, I was seated next to an interesting man who spoke to me about his travels. He had visited so many exotic places throughout the world, and one of the places he recommended highly was Cappadocia, Turkey. Istanbul has always intrigued me, but now having heard about Cappadocia, I would definitely schedule a trip to Turkey without hesitation. There are two main experiences I would want to have in Cappadocia: seeing the Göreme National Park and Rock Sites of Cappadocia, and to go on a hot air balloon ride.

The Göreme National Park and Rock Sites of Cappadocia is a World Heritage Site, and a pretty interesting one at that. The park is essentially an entire community created through tunnels and settlements underneath in the rocks. In fact, it is estimated that there are as many as eight stories underground, which have been able to support entire societies, such as when the Christians were seeking religious refuge from Roman persecution and settled in.  National Geographic has an interesting summary of the Göreme National Park and Rock Sites on their website, which has even more information on its unique history.

Cappadocia is one of the top places to experience a hot air balloon ride, ranked highly by websites such as Travel + Leisure, EscapeHere, Touropia, as well as many more, so I definitely would want to take to the sky at some point. The area has been shaped over thousands of years by volcanic eruptions as well as wind and rain, and gives another view to the Göreme National Park and Rock Sites. I think it would be interesting to explore the park on foot, and then take a hot air balloon ride to experience a gorgeous aerial view. 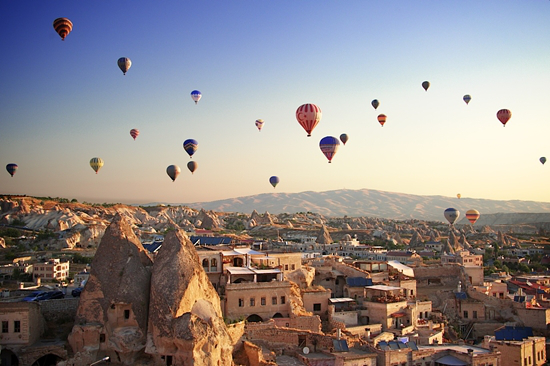 If I had to travel to any Asian country, it would be Vietnam. In part because it is apparently one of the most beautiful countries to visit, but also because of its rich history. If I had the opportunity to visit, the very first place I would want to check out would be the Phong Nha-Ke Bang National Park.

Phong Nha-Ke Bang National Park is another UNESCO World Heritage Site, and while the majority of it is forest, what I find most exciting is the cave system. There are more than 300 caves and grottos discovered, and there are still parts undiscovered. I have a fascination for caves, and the park in Vietnam is not only intricate, but stunning as well.

If I were in Vietnam, I would also want to visit the surrounding countries to experience more of the culture. One of these would be Thailand, specifically during Loi Krathong, a festival where lanterns are lit and lifted up into the sky. It’s a festival on the night of the twelfth lunar moon (usually in November) with a complicated history, and celebrates many different beliefs. This is a festival celebrated by southwestern Tai cultures, and one that has been romanticized in movies such as Tangled. I would love to take part in a festival as bewitching as this one, no matter which country it was celebrated in. 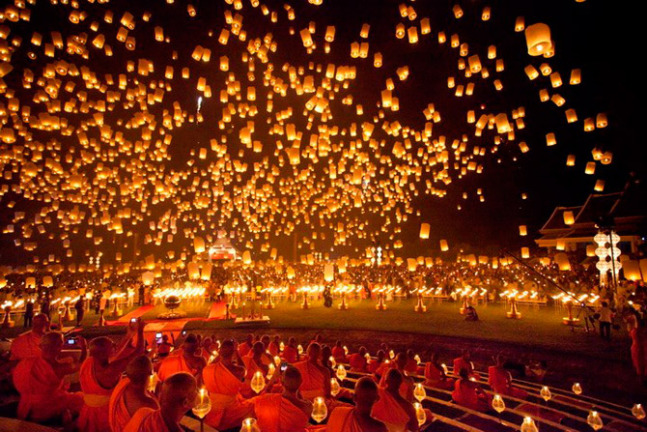 It’s All Greek To Me

Greek mythology has always been an interest of mine, whether it be taught in a classroom or through a Percy Jackson book. Last year I was able to learn more about Greece beyond mythology however, as I was able to take the history class Ancient Greece at Northeastern. Thanks to this class I want to see many of the places I learned about, places like Athens, Delphi, and Crete, as I understand not only how magnificent they are, but the intense history associated with them.

One of the dialogues I am considering this summer is called Greece: Then and Now, and would involve visiting Athens, Rhodes, Santorini, and Crete, while learning about the culture of Greece, from ancient times to present. To make it even better, I have had the opportunity to hear the professor, Richard Katula, speak on the subject of Greece, and he is so knowledgeable about Greece. Professor Katula came in to speak to the Emerging Markets Club a few weeks back to speak on the Greek Debt Crisis, bringing an interesting view to a complicated topic. I would definitely love having the opportunity to learn from such a knowledgeable professor in a country I’m excited to visit, so I’m definitely considering this dialogue! 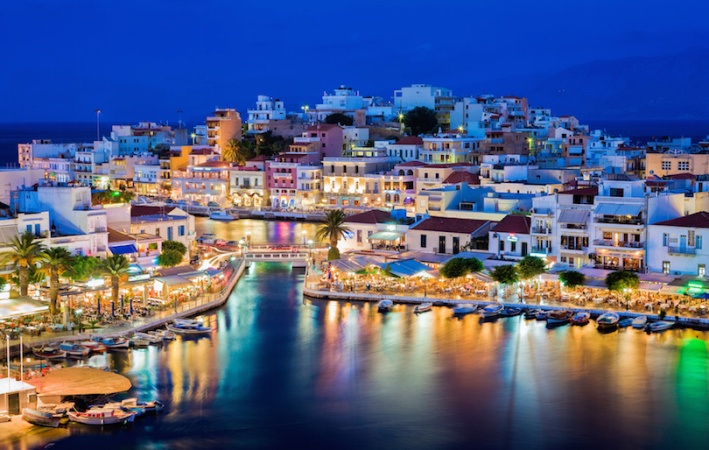 At some point in my life I would like to be able to visit countries in Latin America and South America. At the moment I don’t have a particular country I am dying to see more so than the others, as there are many countries with fantastic attractions unique to each, but if I had to choose just one, right now my choice would probably be Brazil (even though Peru looks fantastic, what with Machu Picchu and Incan Temples).

Not to sound like a cliche, but I would want to see Rio de Janeiro the most, but for a more nerdy reason than the average individual. While I absolutely want to see Christ the Redeemer (one of the ‘new’ Seven Wonders of the World), the downtown Lapa Neighborhood, and take a cable car up Sugarloaf Mountain, the first place I want to check out would be the Royal Portuguese Reading Room.

The Royal Portuguese Reading Room is the largest (and most valuable) collection of Portuguese literature outside of Portugal. Even though I don’t read Portuguese, I adore libraries, having spent so much of my childhood reading and volunteering at one, and I think I would love spending an entire day exploring the library. The library was built in the 19th century and is ranked as one of the top libraries to visit in your lifetime. From pictures alone it appears to be breathtaking, and I would love to have the opportunity to see it in person. 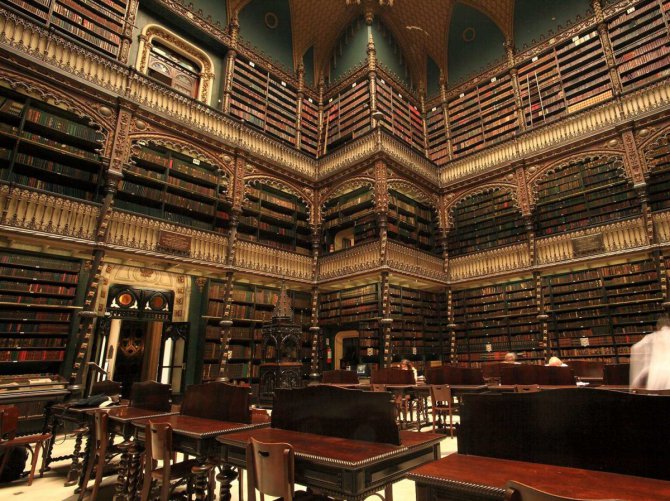 Roses are Red, Violets are Blue…

I love flowers. For the life of me I can’t keep a plant alive (although I’m trying desperately with my cacti), but that doesn’t change the fact that touring a garden is an absolutely wonderful way to spend an afternoon. In Lyon I was lucky enough to see the Parc de la Tête d’Or, which has four beautiful rose gardens, and at home I am only a short distance from Longwood Gardens, which has over 1,000 acres of gardens, meadows, and woodlands.

Because of my love for flowers, I would absolutely love to visit Keukenhof, one of the largest flower gardens in the world, in Amsterdam. What makes Keukenhof especially interesting is that it is only open for roughly eight week from March to May, so I would have to plan my trip accordingly. Keukenhof seems to be the ultimate garden, having over 7 million different types of bulbs, 800 of those different varieties of tulips. I had initially discovered Keukenhof because of the excess of tulips, the tulips being some of the famous in the Netherlands, but the entire gardens of flowers would be an exquisite sight to see. 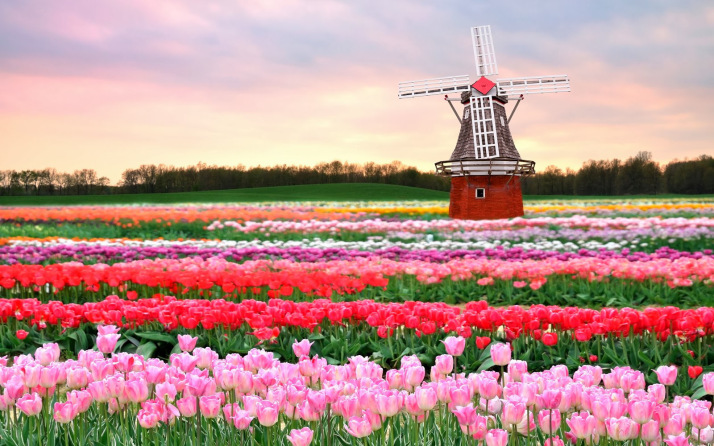 Another option for a summer dialogue is to Cape Town, South Africa. This dialogue is called Social Entrepreneurship Field Research Program, and would involve taking two entrepreneurship classes which would have students working with local entrepreneurs and helping them grow their businesses. Not only do the classes sound interesting for this dialogue, but I definitely want to visit South Africa, Cape Town in particular.

My incredibly amazing RA last year, Ruthie Leifer, is actually the inspiration for my interest in South Africa. I always enjoyed attending the events she ran for my floor, as I would have the opportunity to hear her expertise as a social entrepreneurship concentration, as well as hear her experience working for six months in Cape Town on an international co-op. She would tell such amazing stories filled with remarkable people and beautiful surroundings, and I started to look into this seemingly magical place.

On top of Ruthie’s positive remarks is my developing interest in emerging markets. I’m involved in the Emerging Markets Club on Northeastern’s campus, and as Head of Communications I tweet interesting emerging markets facts, which means that I get to read many articles on emerging markets during the week. I am definitely interested in continuing to learn about emerging markets, and having the opportunity to live and help entrepreneurs in an emerging market for a portion of my summer sounds absolutely fantastic. 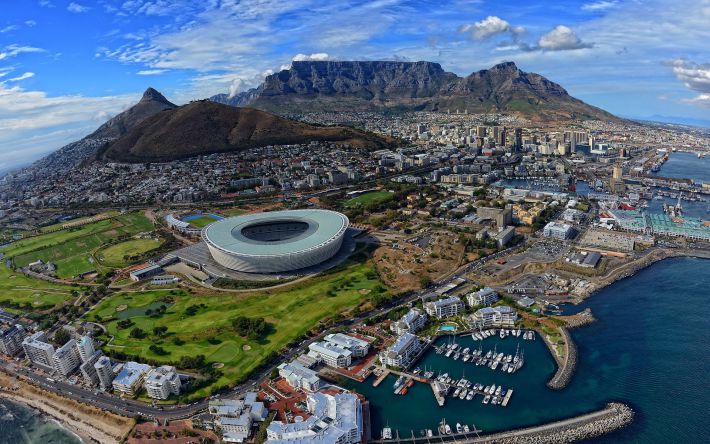 I am so thankful I have the opportunity to attend a college where study abroad opportunities are encouraged to the extent that they are at Northeastern. The opportunity to take classes, even for short periods of time, over the summer is amazing, even though it leads to hard decision on where I want to travel to! I’m excited to look more into study abroad opportunities for the summer, as well as learning more about the possibilities of travel for the future.